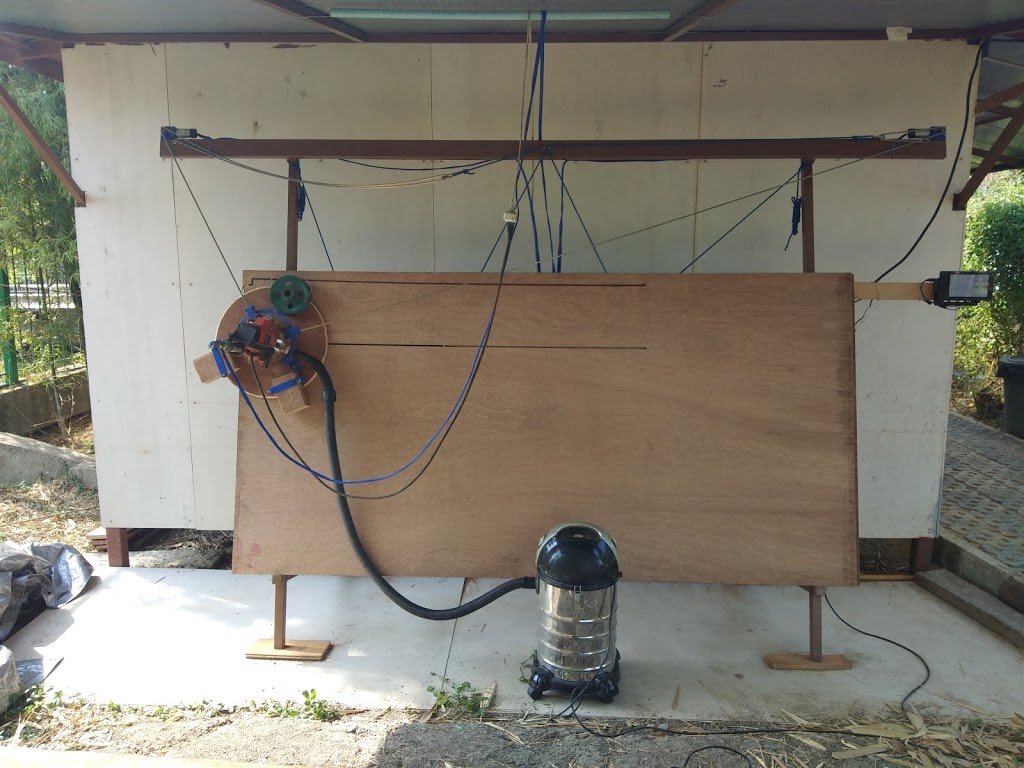 We found the problem on the calibration of our Maslow CNC when running some test cuts. While cutting horizontal lines, it curves down about 1-2 cm in the center, even when we set the correct measured distances for the CNC in the “groundcontrol.ini”file.
This really isn’t a surprise. We’ve done a lot of work in the past in colorspace calibration of optical devices, and as a general rule, when you are calibrating, you need to run tests, measure the results, and adjust the input parameters to achieve the desired output results. The Maslow CNC calibration seems to be oriented only towards measuring the input parameters carefully and hoping that the output is what you want. The “closed loop calibration” approach of feeding errors in the output back into adjust input parameters has always worked well for us in other fields, so we decided to implement it here ourselves.

So we created a “refine_calibration_parameters.py” script to adjust the input parameters based on measured output results. To be specific, the script works as follows:

You can replace the input “groundcontrol.ini” with the output and run the calibration again to see how much it improved.

Here is before calibrating:

And here is after the first 2 iterations:

Updated :
“RefineCalibrationParameters” script were merged to Master in GroundControl on the MaslowCNC github repo.

The “Calibration Measurements.ini” file example was pasted down here. feel free to copy and change the actual position referenced from top-left in mm unit.
Next Post
Previous Post